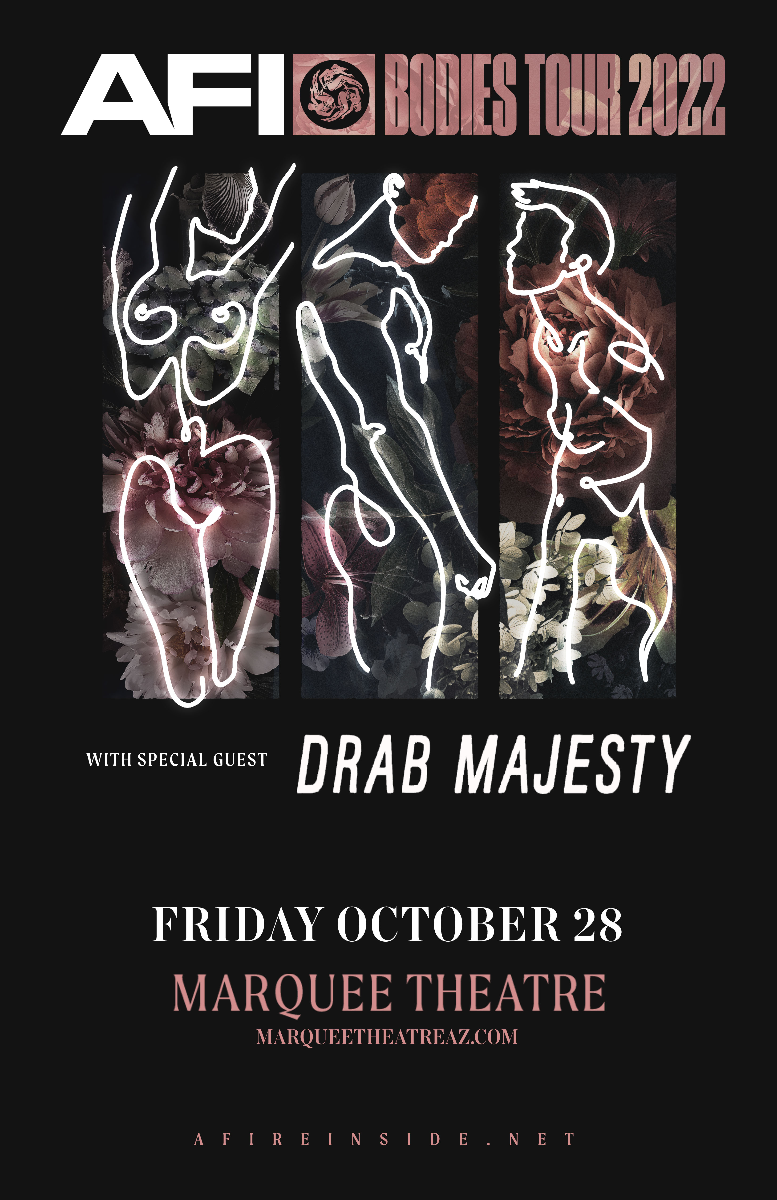 THIS SHOW IS GENERAL ADMISSION. NO SEATS ON THE MAIN FLOOR. STANDING ROOM ONLY.

THERE IS A FOUR (4) TICKET LIMIT PER CUSTOMER.
WE RESERVE THE RIGHT TO CANCEL ANY ORDERS BY CUSTOMERS WHO EXCEED THAT LIMIT. 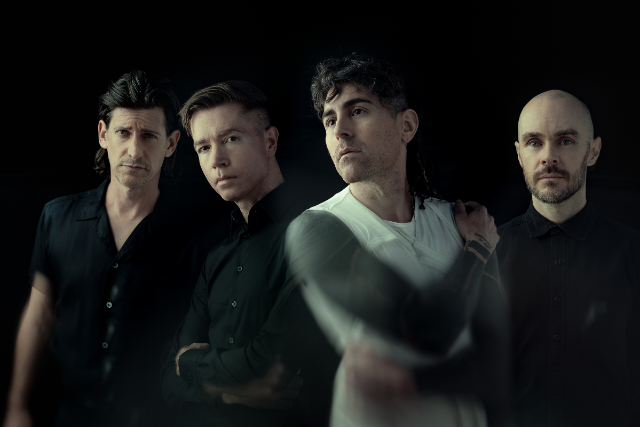 AFI never stepped into the mainstream; the masses came to them. The platinum success of Sing the Sorrow blazed a path for a generation of hardcore-punk weaned bands to similarly crossover. 2006's Decemberunderground upended expectations again and earned AFI a second platinum plaque. Crash Love was another adventurous turn, with expansive and almost optimistic-sounding melodies, glistening with emotion. The haunting Burials arrived four years later, debuting in the Top 10 of the Billboard 200. The self-titled follow-up, commonly referred to as "The Blood Album," became AFI's second-highest charting album since their inception, debuting at No. 5 in 2017. After the release of AFI (The Blood Album), the band was hardly content to rest on its laurels, AFI then released yet another highly-praised addition to their discography, 2018's The Missing Man EP.

On June 11, 2021, the band released their highly anticipated 11th studio album, Bodies. Critics have hailed Bodies as ranking high in AFI's body of work, with the likes of SPIN praising the band for "fusing some experimental new steps into the tried and true AFI formula," and calling their music "one of the most distinct and recognizable sounds today." Kerrang! praised the band's continual inventiveness, saying that "Throughout, even during the more familiar-sounding songs, keyboards and electronic beats pop up, leaving the whole thing with a feeling of gutter-glitter that underlines Davey’s intent with the soul of it." AFI's unshakeable connection with their audience is a testament to the band's knack for reinvention, renewal, and exploration, anchored by an unblemished authenticity. AFI songs are embedded in the spiritual DNA of a legion of supporters and Bodies is further demonstration of AFI's unwavering commitment to artistic exploration, a dark conjuration of an uncapturable muse. The album was produced by the band's own Jade Puget, mixed by Tony Hoffer (M83, Phoenix, Silversun Pickups), and mastered by Vlado Meller (Oasis, Pink Floyd).”
READ MORE + 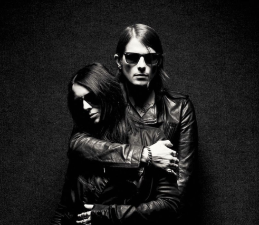