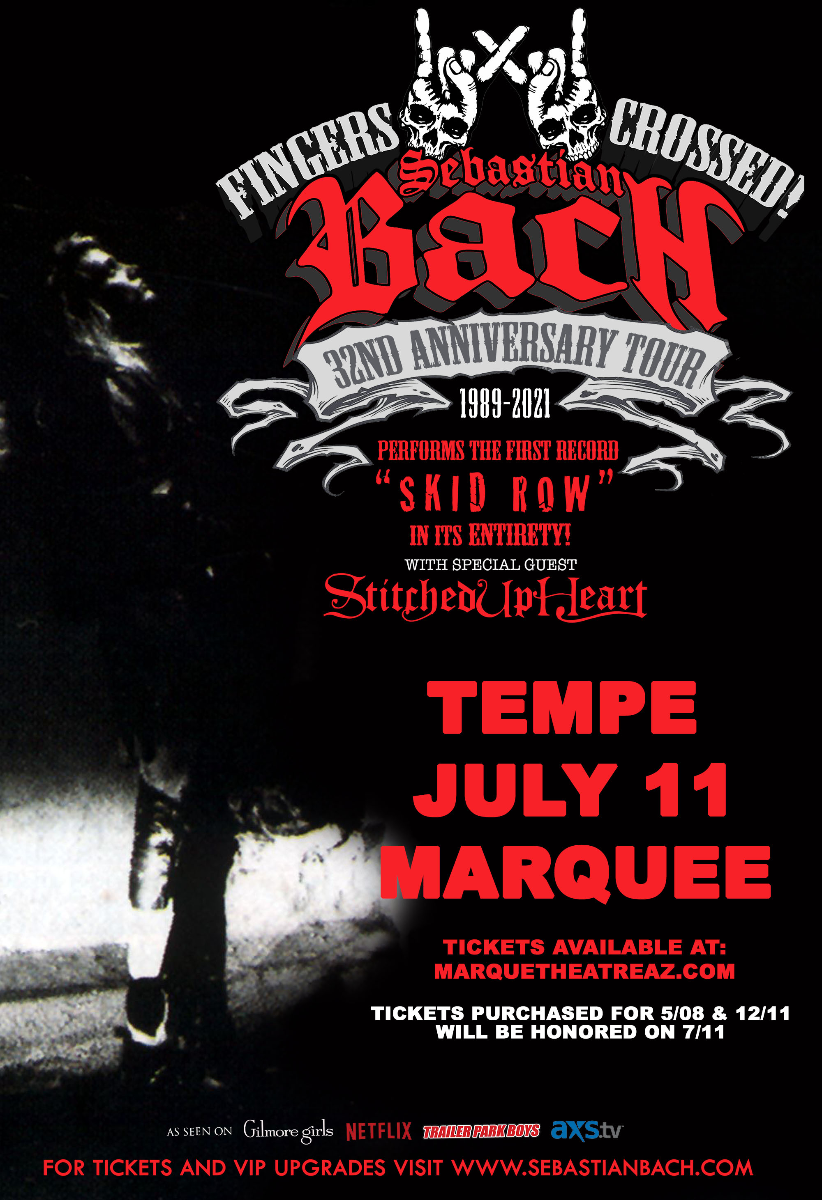 Due to current health concerns, Sebastian Bach is postponing his show at The Marquee.

PARKING IN THE MARQUEE LOTS IS AN ADDITIONAL $10.00 PER SPACE USED. CASH ONLY AND PAID TO THE PARKING ATTENDANTS NIGHT OF THE EVENT. 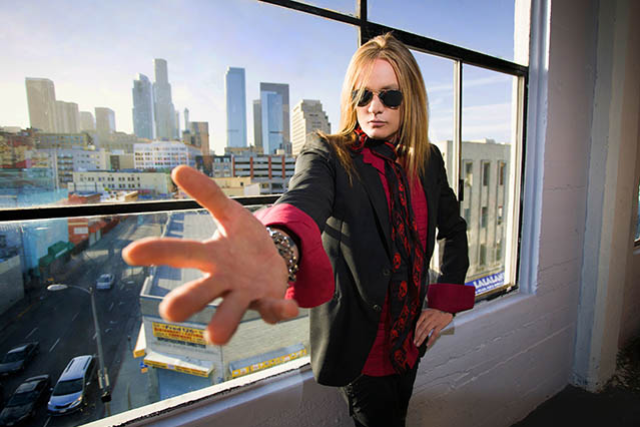 Following a year-long, monumental celebration of the classic,platinumselling album, “Skid Row,” acclaimed vocal powerhouseSEBASTIAN BACHhas announced the bash continues in2020 with a second leg of the tour to take place in March/April. Due to overwhelming demand, the tour will hitmore cities as well as a make-up show in Dallas and a return to LA for a show at The Fonda Theatre. Tickets and VIPMeet N’ Greet upgrades go on sale Friday, December 20th athttp://www.sebastianbach.com/.
From the mouth of BACH:"In 1989 we put out the first record 'Skid Row'. 30 years later, people still dig the musicwe created in a garage all those years ago. In commemoration of this 30th Anniversary digital deluxe release, myband is going to perform the first Skid Row record, in its entirety, on the road, LIVE this fall! It's going to be fun todo something that has never been done live before! We are looking forward to seeing you all for this one timeevent! Note: This concert is 100% live in every way! All real! All the time! No tapes! No fakes! Come and see a realrock band while they still exist! We give it to you straight from the heart 'cuz that's the only way we know how! Seeyou on the road!"

Released in the winter of 1989,SKID ROW’sself-titled record is one of heavy rock’smost successful debut albums,debutingin Billboard’s Top 10 and going on to sell millions of copies around the world. The record transformedthe band from local New Jersey quintet into a global phenomenon whose rebellious attitude and jaw-droppingtalent set the bar and tone for rock music in the late 80’s and early 90’s.SKID ROW’ssingles, “18 and Life,” “YouthGone Wild” and “I Remember You,” are among the decade’s most recognizable rock anthems that still receiveheavy airplay on radio stations across the country. The group again achieved commercial success with its secondrecordSlave to the Grind(1991) certified multi-platinum, reachingnumber one on the Billboard 200. 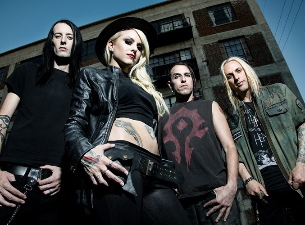